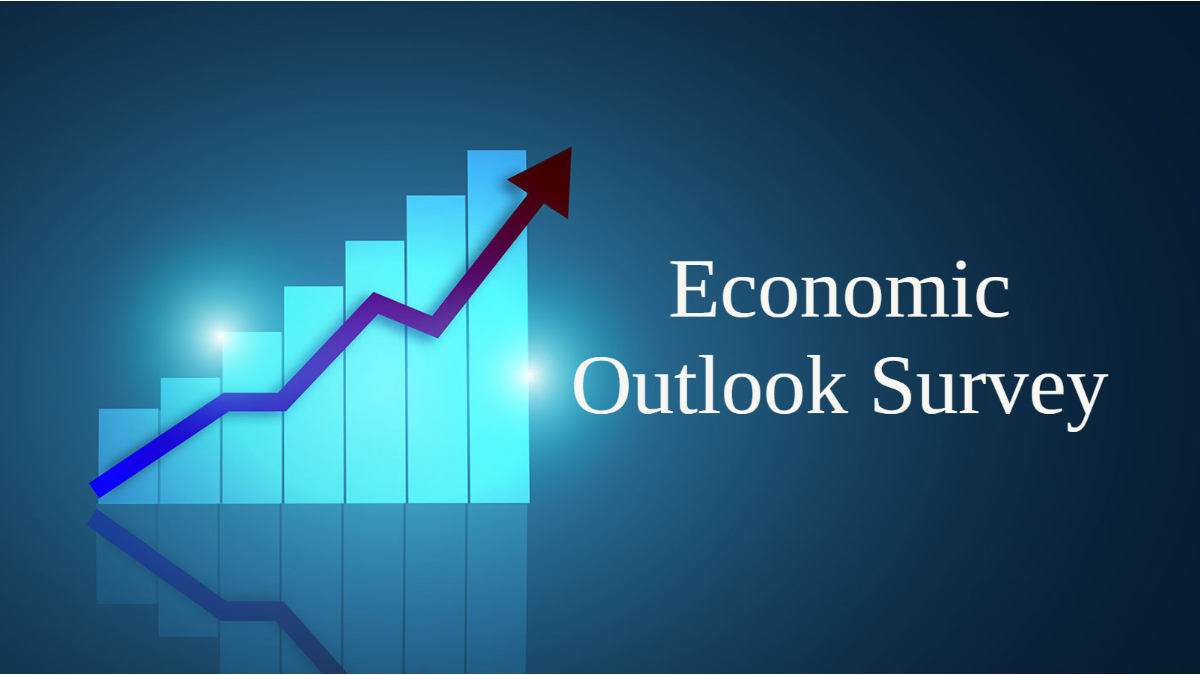 An invisible enemy has caused enormous grief in terms of lives, hit us all with an economic catastrophe impacting livelihoods and at the same time has forced ‘change’ and ‘transformation’ in many ways. Indeed, the COVID-19 pandemic and its economic and social impacts have disrupted nearly all aspects of life for everyone in the society and businesses of all shapes and sizes.

The Covid-19 crisis has affected data collection activities of national statistical systems around the world including in India. Beyond that, given the uncertainties and a large number of moving pieces, deciphering key trends on growth, inflation, employment or inequality and using them for policy inputs has become difficult after Covid. To avoid exacerbating the impact of the crisis and in building societal resilience, governments need to gain meaningful cues from data so as to design inclusive and fair recovery measures that leave no one behind. Sometimes, headline data can also mask economic weaknesses in specific areas. With this as the backdrop, the role of surveys has assumed more importance now than before.

The Bombay Chamber of Commerce and Industry (BCCI) conducts Economic Outlook Survey periodically to solicit inputs from member companies on business challenges faced, access to funding and macroeconomic policies. This edition of the Outlook Survey has an additional focus on COVID-19 and also tends to highlight some comparatives with previous surveys to gauge the damage. The previous survey was conducted and submitted to the RBI in July 2020.

Based on survey findings from Bombay Chamber’s membership 121 organisations from 11 sectors, this policy brief outlines some interesting facets such as resilience of businesses on one side and some common business concerns on the other. This survey highlights some challenges of doing business as also highlights the disadvantages from high costs of doing business in India. The same provides inputs for regulatory review and can also form critical inputs for the State and Central Government and also the RBI for corrective actions.

To begin with, the impact of the 2nd wave on economic activity has not been as severe as was seen during the 1st wave. While confidence level has dropped after the 2nd wave, a majority of the respondents do believe that top line growth will be positive in FY 22. In addition, some rationalisation in the behaviour of economic agents is expected with respondents asserting that they will again resort to cost cutting in FY22 to manage the P&L pressure but they expect this pressure to be limited.

Furthermore, last mile credit availability is an area that needs to be looked into as over half of the respondents said that they are not sure whether the recent measures announced by the RBI for credit flows to SMEs/MSMES/MFIs are adequate.

In conclusion, this survey highlights the way in which Covid-19 is changing business behaviours and while exposing vulnerabilities is also probably helping businesses to adapt to sudden and unforeseen shocks and thus build resilience. 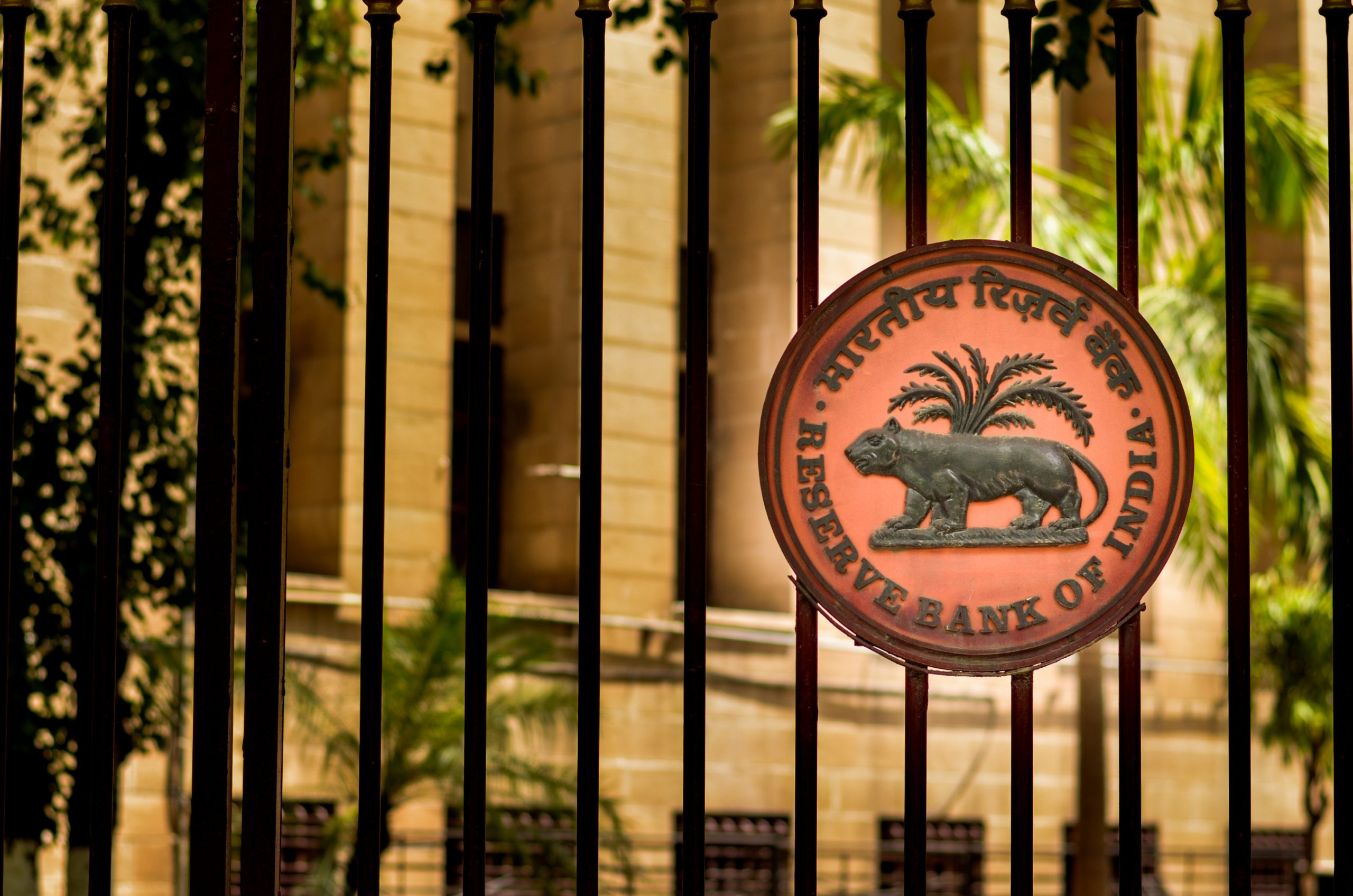 We thank the Reserve Bank of India (the “RBI”) for this opportunity to present our views and suggestions on the Report of the Internal Working Group to Review Extant Ownership Guidelines and Corporate Structure for Indian Private Sector Banks’ issued on November 20, 2020 (“IWG Report”). The RBI had released the report a little while back and invited suggestions and feedback from various stakeholders. Set out below are our inputs on certain specific recommendations in the discussion paper. 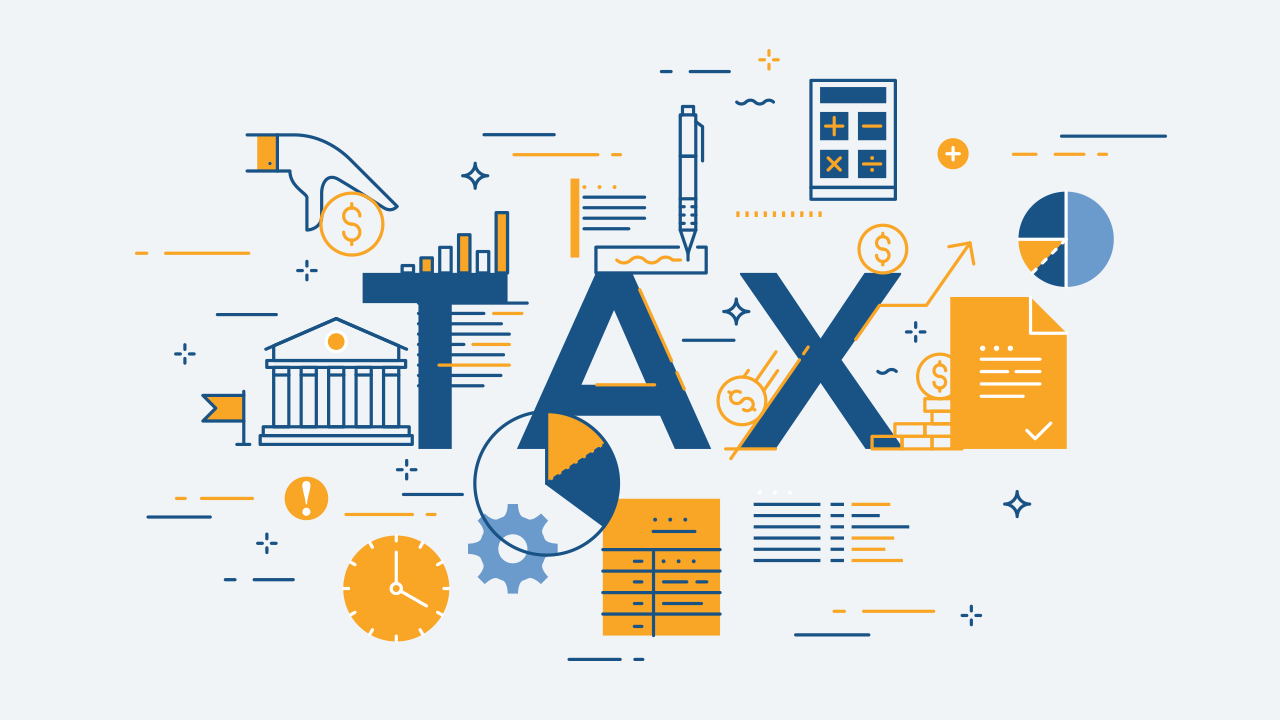 Suggestions / Inputs on Uniform tax rate for taxation of all securities

Dear Sir,
This is to bring to your kind attention that the taxation system in India discriminates in favor of investments in public markets rather than private investments. Long term capital gains (LTCG) in public markets (for securities held > 1 years) are taxed as 10% without indexation (without higher surcharge of 37% which is applicable to Individuals, association of persons and body of individuals) as compared to LTCG on unlisted shares with indexation (for shares held > 2 years) or unlisted securities without indexation (for securities held >3 years) which are taxed at 20% (with higher surcharge of 37%) in the context of resident investors. While indexation is available for sale of unlisted shares, it does not sufficiently compensate for the rate discrepancy that exists for listed and unlisted shares.

The detailed representation of the Uniform tax rate for taxation of all securities is attached for your perusal.

The Bombay Chamber submitted its Pre-budget Memorandum to the Finance Ministry on 14 October 2021. We are grateful to the CBDT for granting us an audience on 22 October 2021 to explain some of our key recommendations in person through a video conference.

In continuation of the pre-budget consultation, we would like to submit a detailed representation on two key issues of special significance to the service sector which plays a very significant role in the Indian economy. We do not seek any new concession or incentive considering the current Government’s policy of keeping the tax regime simple by lowering tax rates and doing away with concessions or incentives. Our representations are for (a) clarifying that the existing provisions of section (s.) 2(19AA) of the Income Tax Act (‘Act’) apply to demerger of business by divestment of shares in operating subsidiary and (b) extension of benefit of s.72A to service sector. The detailed representations on these two issues are attached herewith.

We believe the above amendments will address, albeit partially, inherent bias in the Act towards the manufacturing sector and remove the tax hurdles in achieving a seamless business reorganisation in the service sector.

We shall be pleased to explain the representations in person and/or to provide any further information or clarifications which the Government requires to implement the above representations.

Request for relief from unintended adverse impact of Rule 11UAE of the Income-tax Rules, 1962 for slump sale transaction

We are writing to you to highlight certain serious concerns being faced by taxpayers regarding Rule 11UAE introduced by Notification No. 68/2021 dated 24 May 2021.

Please find attached a detailed representation that explains the unintended impact of the new Rule 11UAE and the consequent hardships being faced by the taxpayers. The new Rule results in a capital gains liability that is based on a higher notional value as against the actual lump-sum cash consideration. This is despite the fact that the deal was publicly announced, much prior to the notification of Rule 11UAE. The deal was with unrelated party at commercially negotiated value supported by independent valuers and approved by all stakeholders. The provisions also do not provide any opportunity to the taxpayer to rebut the normative valuation.

It is requested that :
· Relief may be granted from retrospective application of Rule 11UAE for transactions which were publicly announced before 24 May 2021 but are consummated after 24 May 2021; and

· An opportunity may be provided to the taxpayer to rebut normative FMV as per Rule 11UAE.

We believe the above would create conducive business atmosphere by mitigating unintended hardships to taxpayer and foster the government’s agenda of ‘Tax Certainty’ and ‘Ease of Doing Business’.

We have also attached herewith the copy of earlier representation filed on June 18, 2021, for your ready refer

Based on the suggestions received from our members, we submit herewith the Pre-Budget Memorandum on Direct Tax for the year 2022-23 for favour of your kind consideration. Accordingly, we are attaching the following :

The representatives of the Chamber would be privileged to participate in any meetings to be held with the members of your esteemed Department to provide any clarifications on its suggestions made in the attached Memorandum.

We enclose for favour of your consideration, the Bombay Chamber of Commerce and Industry’s Pre-Budget Memorandum [Indirect Tax] for the Financial Year 2022-23.

We trust our suggestions, which have been formulated after a detailed analysis of the Statutory provisions and the Operational Rules, will receive your consideration and provide inputs for bringing about cohesive improvements in the substantive and procedural tax laws. It would be our privilege to provide further inputs on any of these issues.

Our members would deem it a privilege to participate in any meeting/s organised by the Ministry, to make a presentation on our key suggestions and also to provide further clarification to our suggestions, if any. 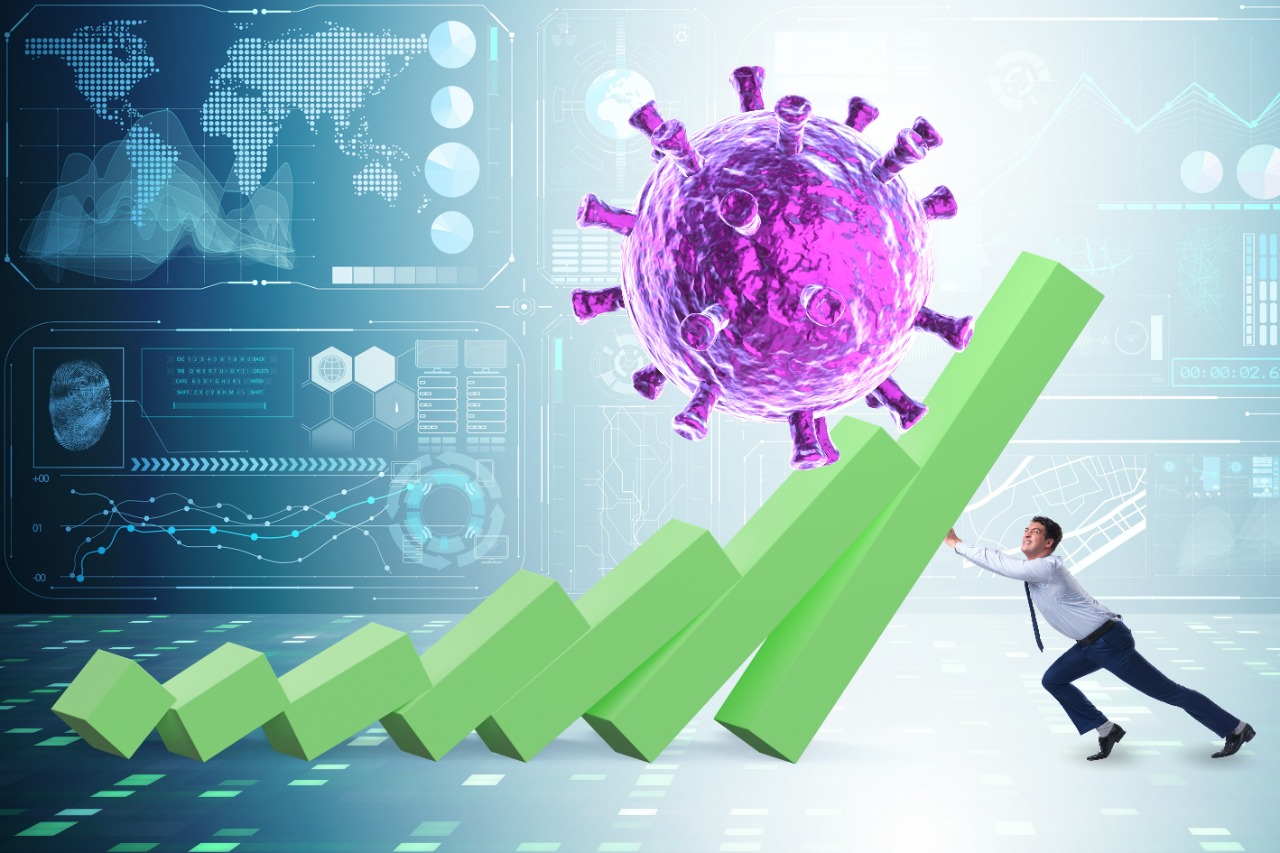 Suggestions Inputs on Covid Control Measures to deal with Covid 2.0

The Bombay Chamber of Commerce & Industry appreciates the efforts of the GoI and it believes that the economy can’t afford another nationwide lock down. Regional / Rotational / Locational lock down should be the priority with appropriate flexibility for businesses which encourage covid appropriate behaviour.

It is in this backdrop, we are pleased to set forth the enclosed recommendations, which we do hope you will find helpful.

Set out below are our inputs on issues and recommendations to deal with Covid 2.0. 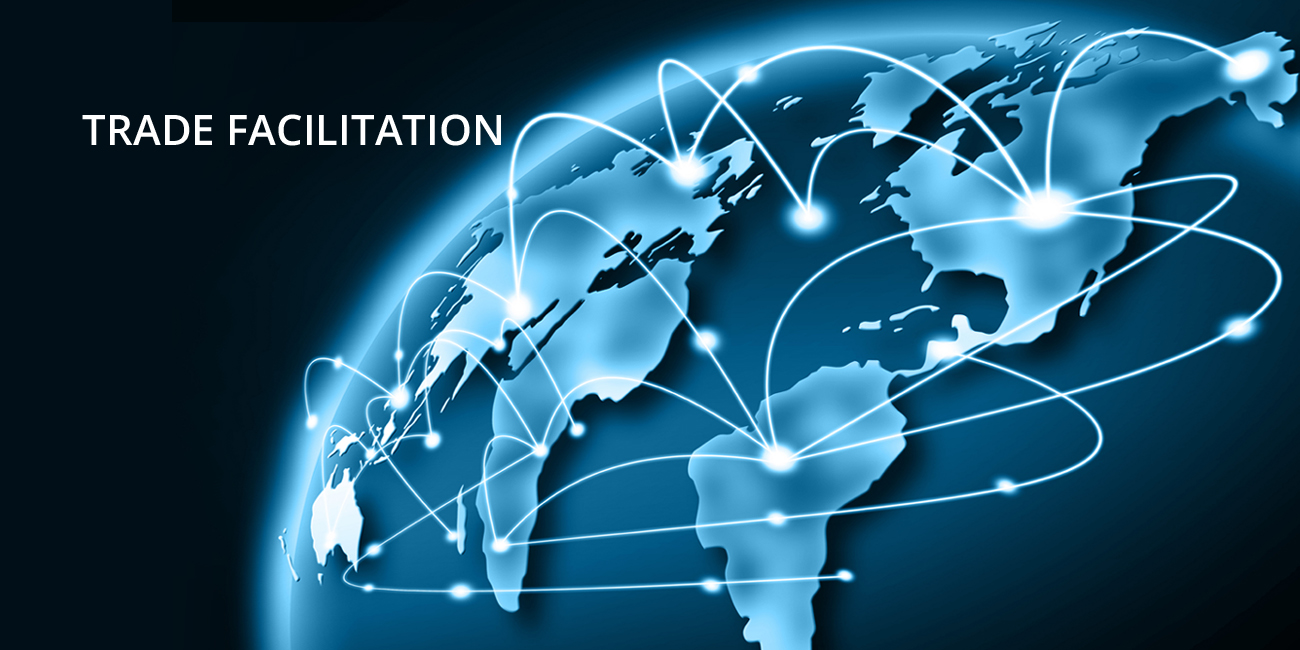 Inputs, Recommendations at Governor’s Meeting with the Trade Bodies

Inputs / Recommendations at Governor’s Meeting with the Trade Bodies by Bombay Chamber of Commerce and Industry are discussed.

It highlights the Emergency Credit Line Guarantee Scheme, Restructuring Scheme for MSMEs, and Classification Norms of MSMEs for NPAs, Implementation of Fund of Funds Scheme and Delayed Payment to MSMEs. Set out below are our inputs and recommendations on Governor’s Meeting with the Trade Bodies.